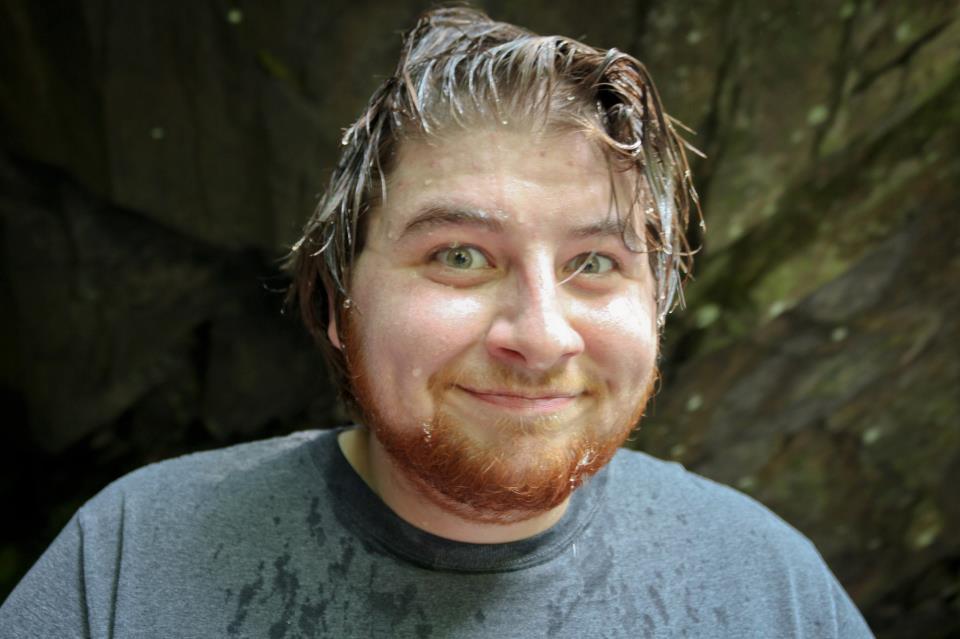 ‘Horse Talk’ is a series here on the Octodad blog where we run intra-team Young Horses interviews. The first 2 or so questions are the same for each horse, but afterwords we crowd-source the team for things they’d like to ask the interviewee.
Who are you and what is it that you do at Young Horses?
I’m Majdi Badri and I am a game designer/ dialogue writer for Young Horses Game Studio. I also write on things and hide them around the office so that Zuhn and Chris become paranoid.
What are your favorite games and why?
That is always the question and one of the hardest to answer. I think my top game goes to Ocarina Of Time. I got that game as a kid and man did it blow me out of the water. It was like this epic that I thought could never exist as a game. I explored a whole world, shifted time, met new races. Everything about that game was great.
I can say with the utmost confidence that it inspired me to tell stories with games.
How did you get into game development?
It’s like what I said above, I really wanted to tell stories and I’m under the opinion that the best place to do that is games. People can get absorbed by them and the best games tell their stories through their mechanics and rules, which means it becomes less of a story and more of an experience.
What character class are you on the inside?
Bard through and through. I often help the team get a +1 to getting work done when I begin singing, which is often. Very, often. Devon would be my magic mandolin.
What traits do both Octodad and your dad share?
Both are from the middle east and both say things that are unintelligible to anyone but their families.
You like to write in your spare time and you also write for another local game dev, Synapse. Have you ever thought about writing a novel? What would it be about? Give a brief synopsis.
Wow that is a doozy. I often describe my head as a war zone of really (bad) ideas. I’ve been wanting to do one on pain based super powers. There is one guy that can pull his nails out and then see through walls or a woman who can drive nails through her hands and become invincible. There would be this powder you could rub in the wound after that would grow back the screwed up limb.
We’d open in on a bank robbery that is going south and then one of the guards on duty has a heart attack, which triggers his power of blowing up.
Needless to say, it’s pretty great.
What is the strangest ritual or good luck charm you’ve developed over the course of Octodad?
When Octodad 1 was in the IGF I would slap down these flaps for parking meters that line the streets of Chicago. If I passed one, and it had an open flap, I would slap it down. If I kept it up, we’d place in the IGF and we did.
Reasoning: Ancient civilizations would sacrifice people to the sun so it would come up everyday AND THE SUN CAME UP EVERY DAY. We should all be asking ourselves who is keeping that ritual up now…
If you were pretending to be Octodad pretending to be a dad pretending to be Majdi, what would you say?
Bluble, blurble, blurble. *Wild theory about something*
How many rpg books do you own?
247