Three months ago, we had a pretty clear idea of what we wanted to improve for Octodad 2.  Essentially, we wanted to reduce the barriers to entry, yet add different levels of sophistication that made it stand out from the original student-made project.  So far, I think we’ve managed to do a pretty good job on hitting those goals. 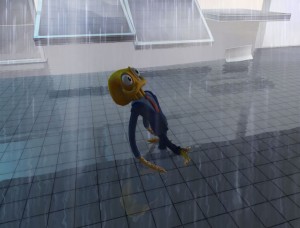 The biggest improvement we have made since the original is of fixing the controls.  The whole point of Octodad 1 was indeed to have quirky controls, yet there were a lot of side issues that made this more frustrating than they needed to be.  With a lot of feedback and playtesting from the original, we ended up implementing the following solutions:

ᴥ Have arms be more responsive and react quicker to movement.
ᴥ Made throwing objects more intuitive.
ᴥ Ability to use mouse wheel scrolling for arm raising.
ᴥ Fixed targeting algorithm for grabbing so it’s smarter about what you’re really trying to target.
ᴥ Made stairs easier by eliminating forces that would stop his legs from raising.
ᴥ Added some momentum to legs movement to make walking more enjoyable.
ᴥ Fixed stability issues with Octodad’s body interacting with physics-based objects. 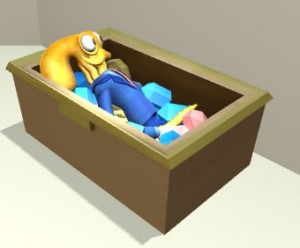 Octodad is really the star of the game, so it only makes sense that we concentrate on his looks.  Our lead artist, Chris, worked really hard on making a pretty comprehensive rig. With a really flexible body and facial animation support, we’re hoping that he really feels alive while playing the game.  Chris has also been leading the art style by putting together a large texture library to use with the style of the new game.  We’re going a bit for the Team Fortress 2 look as far as shading goes but also hope to keep a bit of that 1950s look as we had with the original.  We’ve also worked a lot with camera so that it more naturally directs the player on where to go in the level without having to mess with a manual camera.

We’ve added some pretty cool features over the last few months to make level building and iteration as quick as possible:

ᴥ Can instantly play the level in editor.
ᴥ Have multiple levels open and copy between them.
ᴥ Can change properties across multiple items all at once.
ᴥ Easy search of objects by name / ID.
ᴥ Ability to stitch together a sequence of events with animation.
ᴥ Can export prototype levels to import in 3D modeling programs for making final assets. 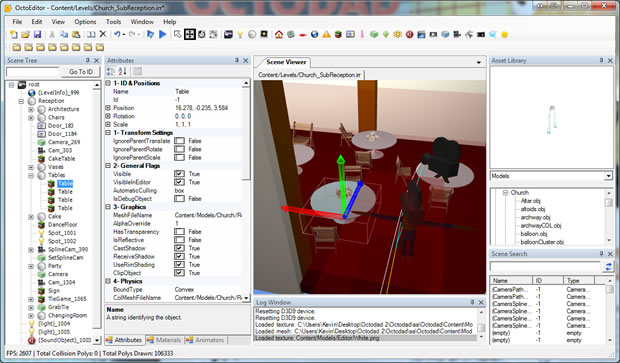 We’re just getting started with UI, in hopes of making it really something great, making sure the player can use it to know what’s going on.  What’s my objective? What did I just do that caused me to look suspicious? Where am I supposed to be going? Getting a really good UI is tough, but we’re pretty confident we can pull it off.

In any case, we’ve made a lot of progress, not counting a lot of the cool gameplay surprises we’ve got in store.  Hopefully it won’t be too much longer until we reveal some of them. ;)