Have you ever been curious as to what games occupy the little free time we have? There were a ton of standout titles in 2012, and especially in indie games it was a prolific year. Here’s a look into the gaming lives of the Young Horses and some of the titles that continue to inspire us to do what we do. 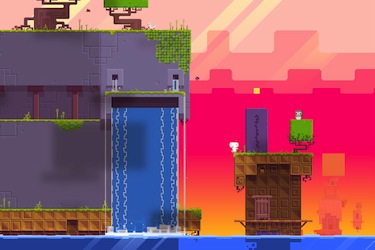 Check after the break…

FEZ is something that I didn’t see coming even though I knew it was being released. I knew the game had a large following and I’d even played some early versions from trade shows and the like, but up until it came out I hadn’t been able to do what this game needs to be fully understood. Play alone and get lost in its majesty. The music, the animations, the attention to world-building detail, and the ability to get lost in the expansive intertwining landscapes while still feeling at ease. I love that you only need venture as far as you’d like to. The base game being very beatable by anyone, but the REAL FEZ only beginning once you’ve crossed this beginner threshold. I’m the kind of person who has a hard time going through something happily if I’m explicitly told what to do or how to do it. For some, the secrets of FEZ may have felt alienating or too obscure. To me this the just beyond the surface detective work needed was liberating in a way. The design of the game never leads the player too much or too little and over time teaches you where you should be looking for clues to unravel the mysteries of its world. After only having played my first hour of the game I remember thinking to myself, “So this is what Joy feels like in game form.” 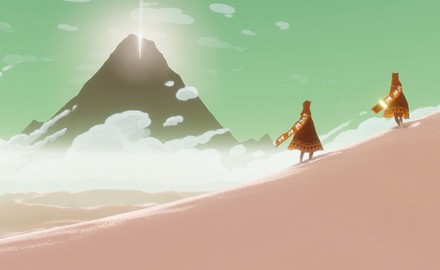 I’m very envious of its camera system. But more than that, I love how the game has a very cinematic and grandiose feel to it without trying to be like a film. Every second in the game feels like it could make a great screenshot and exploring the surroundings in motion just magnifies how beautiful the game is. And of course, the amazing soundtrack ties everything together perfectly. I liked that this game thematically seems to cap off the trio of games thatgamecompany made for PlayStation, and I look forward to seeing what they do next. 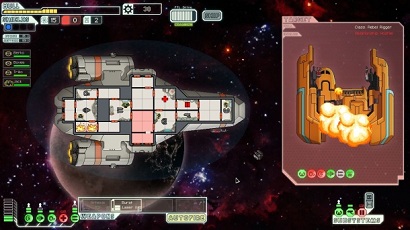 My favorite game of 2012 was FTL. Back when I played RTS games, I pretty much only liked upgrading my base, making it invulnerable to attack so that I was free to build an enormous army and steamroll my opponents. FTL lets me focus on upgrading my base, but my base flies through the galaxy rescuing and/or destroying other space travelers. The one difference is that FTL is balanced in such a way that your ship is never safe. As I battled my way across the galaxy, I was always on edge in a way that caused the little narratives of just-barely-surviving to stick with me, and these little emergent stories are what made the experience special for me.

Also, It may seem like a small thing, but I love that you can make most of your decisions while the game is paused, because it makes the game much more accessible than most strategy games. I know a lot of people who like strategic planning and decision-making but aren’t good at making twitchy actions in games. Although I’m capable of making quick decisions, being able to take it slow allowed me to tinker with and understand the underlying systems of the game, which manage to be complex and elegant in a really beautiful way. Plus there’s lasers. 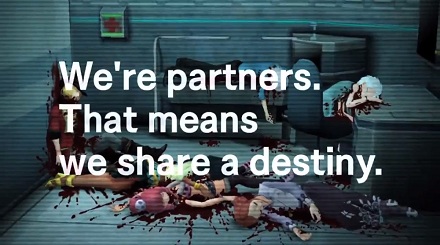 Asking me to pick just one game out of last year is like asking Rambo to shoot just one bullet. Once you pull that trigger, the whole jungle has to die. Fine, I pick Zero Escape: Virtue’s Last Reward, the sequel to Nine Hours Nine Persons Nine Doors. I borrowed a 3DS from a very generous friend just to play it, and it was exactly what I was hoping for; mysterious, philosophical, heartbreaking, and completely nuts. I especially liked it when both I and the characters in the story realize that the ability to jump between possible story routes is more than just a convenient menu option. Anyway, I’m not leaving this horrible jungle without taking down a few more targets, so here are some other favorites; Vessel, Journey, On The Rain-Slick Precipice of Darkness 3, Mark of the Ninja, and Spec Ops: The Line! 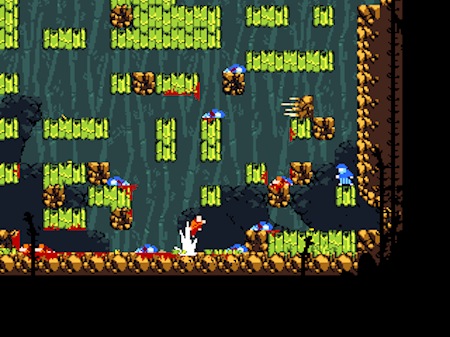 The most fun I’ve had with a game this year would have to be Samurai Gunn. It’s simple, fast paced, local multiplayer greatness. Something I wish there were more of. Showdowns at sunset are delightful and there’s something very satisfying about sending a bullet back at the person who fired it. 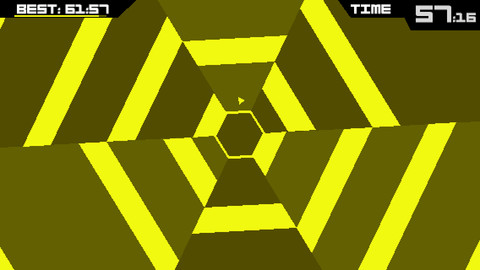 I recently Acquired Super Hexagon as I have an Android and am generally behind on the times.  It has quickly become one of my favorite games.  I usually am not one to enjoy absurdly difficult games, a term that certainly applies in this case, but this game very quickly began to speak to me.  The pleasure I take from it is from reading way too much into it, but I think it has very powerful things to say.

“Uh, it’s like this thing, with lots of colors, where you, like, move a triangle and try to avoid hitting walls while rad tunes play and stuff spins around and you sometimes get dizzy,” is probably the way I would describe it.   What speaks to me about it is that the learning curve is huge.  If you don’t start to pick out the patterns very quickly, you’re gonna be one mad kid.  To be short, I just found a lot of parallels to my own life in this game.  If you wanna do something, you’ve gotta put in the work to learn how to do it.  If you meet a barrier, you find a way around it.  That is why this game really struck me, take it or leave it. 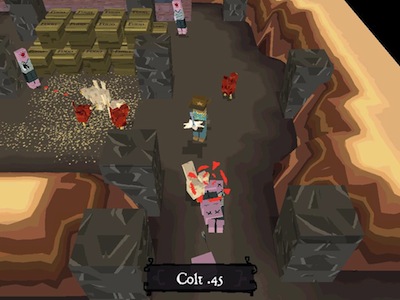 The Real Texas has the most creative world I’ve ever visited in a video game. Outstanding writing, colors, and music make that world and it’s wacky denizens (anthropomorphic pollution, gardeners, and wizards abide) all the more compelling. It’s the only 2012 game that’s kept my attention for more than a few hours this year. Don’t write it off because it looks like Minecraft, it doesn’t. 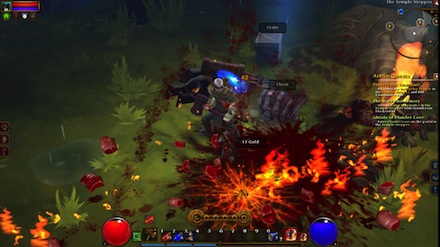 A lot of games came out in 2012, but if I had to narrow down my Goty it would be Torchlight 2. Man, that game is fun and fed my “I want to run around and send animals to town to buy things for me” need. Also one of the classes has a steam punk engine block on his back and that is super cool.